Are We Close to a Cure for MS?: An Update from Dr. Aaron Boster | MyMSTeam

Will we ever see a cure for multiple sclerosis (MS)? That’s one of the most frequently asked questions — and topics of conversation — among people living with this disease. “I’m so tired of feeling this way every day,” said one member of MyMSTeam. “I wish MS had a cure.” Another commented, “Praying that a cure for this disability is found in my lifetime!”

Although researchers have more insights into possible causes of MS, we’re still a long way off from a cure, according to Dr. Aaron Boster. A board certified neurologist and president of The Boster Center for Multiple Sclerosis in Columbus, Ohio, Dr. Boster also has a YouTube channel covering many aspects of treating and living with MS.

“It's unlikely that we're going to find a cure in my lifetime,” Dr. Boster explained in an exclusive interview with MyMSTeam. “I’m not saying that to be Debbie Downer. It's still largely uncharted territory.”

The good news: Scientists are honing in on ways to improve quality of life with MS, which affects some 400,000 people in the U.S. More MS therapies are being developed than ever before, according to the National Multiple Sclerosis Society. The disease is also being diagnosed earlier, so disease-modifying treatments can begin sooner. And scientists are discovering possible risk factors that could eventually help prevent the disease.

Thanks to these advances, MS will eventually become a “boring” chronic disease, Dr. Boster predicted. Like diabetes, MS would be managed with diet, lifestyle modifications, and medications.

“We’re starting to get successful at making MS boring,” he said. “That’s a realistic goal for everyone with the condition.”

Closer to a Cure: Breakthrough Therapies for MS

MS is thought to occur when the body’s immune system attacks the central nervous system, causing inflammation that damages the myelin sheath, a protective coating around nerves of the brain and spinal cord. This disrupts the signals those nerves send to other parts of the body, causing such common MS symptoms as difficulty walking, spasticity, muscle weakness, fatigue, and cognitive fog.

Experts believe that stopping inflammation is the key to stopping the disease in its tracks. In his interview with MyMSTeam, Dr. Boster identified three treatment types under development that are important steps toward improved quality of life — and possibly a cure. These are disease-modifying therapies, remyelination treatment, and neuroprotective therapies.

DMTs work by modifying immune system activity to slow the course of active MS. While these drugs can’t cure MS, they’ve been highly effective at reducing the inflammation that causes nerve damage and sometimes irreversible symptoms.

There are more than 15 DMTs approved by the U.S. Food and Drug Administration (FDA), which can be administered orally or by injection or infusion. In clinical trials, this class of drugs has been shown to help reduce the frequency and severity of flare-ups by as much as 68 percent, compared to other types of therapies. They can also reduce the development of new lesions and slow disability.

DMTs are prescribed primarily for people with relapsing forms of MS, who’ve had at least two relapses in the past two years. They include: Lemtrada (Alemtuzumab), Mavenclad (Cladribine), Gilenya (Fingolimod), Tecfidera (Dimethyl fumarate), and Copaxone (Glatiramer acetate), which has been taken by more than 26,500 members of MyMSTeam.

Although DMTs are the best defense against MS to date, each person responds differently to the medications, and the drugs can have significant side effects. Your neurologist can discuss the best treatment options for your type and stage of MS, as well as when to start, stop, or switch medications.

When DMTs are not effective, a stem cell therapy known as hematopoietic stem cell transplantation (HSCT) may be recommended for people with highly active relapsing-remitting multiple sclerosis (RRMS). A small 2019 randomized study found that HSCT was more effective than DMTs for RRMS and was associated with less disease progression and greater quality of life.

An aggressive and risky treatment, HSCT reboots the immune system by killing faulty cells with chemotherapy and replacing them with healthy ones harvested from your bone marrow. HSCT is currently in clinical trials studying the control of RRMS, the type experienced by 85 percent of people with MS.

While DMTs can reduce inflammation that damages nerves, they can’t stop or repair damage that has already occurred. Remyelination treatment, on the other hand, has potential to transform MS from a disabling disorder to a manageable one.

“We’re probably less than nine years out from having remyelinating agents available. That’s a short period of time,” said Dr. Boster, who shared that he has participated in several “really exciting” trials.

Scientists are currently studying ways to stimulate the brain’s natural ability to repair damaged nerves in a person with MS. New treatments would deploy myelin-repairing cells in the brain to stop ongoing damage and rebuild the protective nerve coating. The treatments are targeted to people with primary progressive MS, which involves less inflammation.

One promising remyelination drug currently in clinical trials is Opicinumab, a synthesized antibody that blocks a myelin-repair inhibitor in MS, allowing the natural repair process to occur. Results of a phase 2 clinical trial of people with relapsing-remitting MS showed intriguing evidence of this therapy.

In a separate 2020 study with mice, researchers transplanted certain human brain cells and saw them migrating to damaged areas. There, they created new cells that replaced lost myelin and eventually helped restore motor function in the mice. The findings, which appeared in the journal Cell Reports, showed enough evidence to advance the treatment to clinical trials.

Researchers are also investigating therapies that could slow brain atrophy, one of the most destructive actions of progressive MS and a reliable predictor of future physical and cognitive disability.

“We know that people impacted by MS have accelerated shrinkage of the brain and lose their functional reserve,” said Dr. Boster. “We need something to protect against that, but unfortunately [a neuroprotective agent] doesn’t exist yet.”

There are many promising studies in this area. A 2019 study published in the journal Nature discovered that a brain cell called a “projection neuron” plays a key role in brain atrophy with MS. When those cells — which normally help transmit signals between different areas of the brain — are damaged by the body’s immune system, it results in brain shrinkage and cognitive problems in people with MS.

Results of a 2018 phase 2 clinical trial published in The New England Journal of Medicine found that the anti-inflammatory drug MN-166 (Ibudilast) resulted in a 48 percent reduction in brain atrophy in people with primary progressive MS. The drug is not approved for PPMS use in the U.S., but the study outcome supports further investigation of it as a potential MS treatment.

Until a cure is discovered, Dr. Boster says the best defense against MS is fourfold. He recommends the following strategies for improving your quality of life with MS.

Deciding on a disease-modify therapy requires a careful discussion with your neurologist to determine which medication is right for you. “I want [my patients] to take the most effective DMT they’re comfortable with,” Dr. Boster explained. “I also want to make sure it’s working for them.”

Movement training is an important area of MS research that could improve brain health and cognition. In one recent animal study, learning a motor task promoted myelin repair in mice. Exercise also has potential to become a standard of care for recovering motor function. “Exercise should be part of your lifestyle,” Dr. Boster said.

Diet and vitamin D are essential to good MS defense, according to Dr. Boster. The protective benefits of vitamin D in MS are well documented. Recent research also points to vitamin D’s role in neuroprotection and myelin repair. If you have low levels of the vitamin, Dr. Boster advises supplementation. Diet is another important MS defense. “Eat clean,” he said.

Smoking has been shown to promote disease activity, as well as increase the severity of symptoms, cognitive impairment, and disability. It may also inhibit the benefits of DMTs. It’s very important to avoid tobacco, Dr. Boster warned.

You Are Not Alone: Fighting for a Cure

By joining MyMSTeam, the social network and online support group for those living with multiple sclerosis, you gain a support group more than 150,000 members strong. Fighting for a cure is one of the most-discussed topics.

Here are some conversations that have taken place on MyMSTeam about possible cures and therapies for MS:

What are you doing to improve your life with MS? Has your doctor found the right medication to manage your symptoms? What helps you successfully get through each day? Share your tips and experiences in a comment below or on MyMSTeam.

I think I’m there too

President and founder of The Boster Center for Multiple SclerosisBoard-certified neurologist and...

President and founder of The Boster Center for Multiple SclerosisBoard-certified neurologist and...
read article > 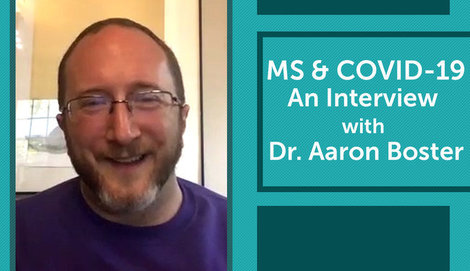 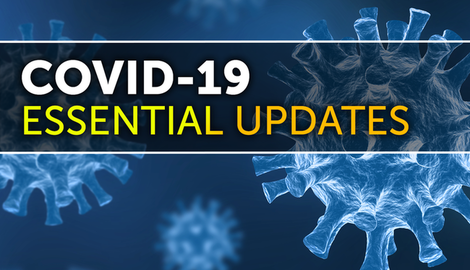 Article written by Nyaka Mwanza Stem cell therapy is an emerging area of treatment that may hold...

Article written by Nyaka Mwanza Stem cell therapy is an emerging area of treatment that may hold...
read article > 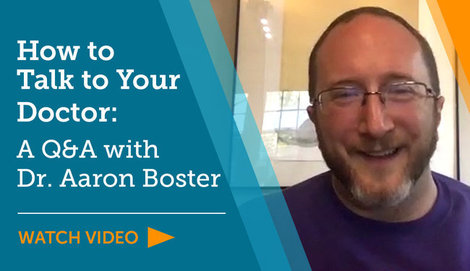 Your doctor learns the most about your multiple sclerosis (MS) through what you tell them, not...

Your doctor learns the most about your multiple sclerosis (MS) through what you tell them, not...
read article >

Article written by Mary K. Talbot A slowing and unsteady gait would be unusual for a young or...

Article written by Mary K. Talbot A slowing and unsteady gait would be unusual for a young or...
read article >