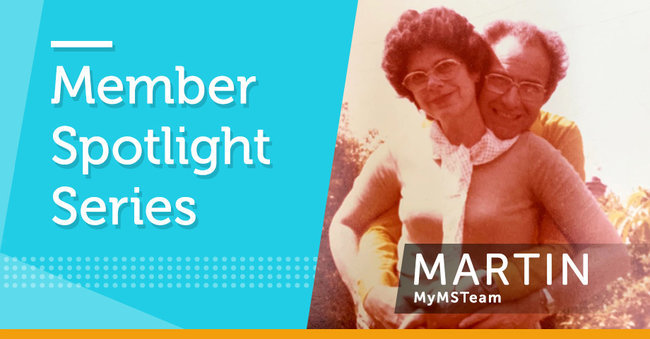 If there is a better quote that captures the pain, hurt, fights, and consequences of having MS than “I wish I knew then what I know now,” then I’ve yet to hear it. And yet the question must be asked: is that quotation about me or more about everyone I held responsible for not understanding or caring enough when I was first diagnosed and for many years after?

I’ll be 60 in January and for almost 40 of those years I had made myself a martyr to the MS cause; my MS cause. Because it was all about me. It was only ever about me. Worst of all, to my eternal shame, I never gave a thought to my parents, powerless to help their son with multiple sclerosis.Everything they suggested, and I mean everything, I rejected. Why? Because, as I saw it, they didn’t understand what I was going through, regardless of how they were coping. I wouldn’t allow them in. I was in my early twenties and I was insufferable. My belligerence was unforgiving. For them, I am sure, it was like parenting a toddler going through the terrible twos.They didn’t abandon me. It would be truer to say it was the other way around. Mum and dad were as scared as I was, although I never admitted my fear. My pride was a wall that wasn’t allowing anyone to break through, even though it never stopped them from trying. They didn’t always get it right and the more they tried the more I resisted.They suggested counseling. I agreed but it didn’t work out because the therapist who specialized in MS didn’t take my side, or at least that was the way I saw it. It was their dollar and I didn’t care for it, so I stamped my foot and petulantly threw it back at them.Everything was a battleground. We could never meet in the middle because I wouldn’t compromise on anything they suggested, starting with diet. Back in the 80s I ate all the wrong things. Because I never gained weight, I refused to try a healthier option. If it ain’t broke why fix it, as the saying goes. Given what this blog is all about, the irony speaks for itself.My parents are no longer here and I would give anything to have them back. To embrace them and say thank you for never giving up on me. To apologize for being that child because they deserved better. I know in my heart they unconditionally loved me as they loved my siblings, a brother and sister, who I also railroaded because it was only ever about me. Because I had MS.This article was written by MyMSTeam member Martin as part of the Member Spotlight Series. Martin has secondary progressive multiple sclerosis and is a writer who often blogs about his experience with MS. Read Part 1 & Part 3 to Martin's story.Do you want to be a part of the MyMSTeam Member Spotlight Series?Let us know here: support@MyMSTeam.com

Talking with Your Doctor About Multiple Sclerosis and Brain Health: Doctor Discussion Guide

Your score on the Expanded Disability Status Scale (EDSS) may be used to assess how multiple...

Your score on the Expanded Disability Status Scale (EDSS) may be used to assess how multiple...
read article >

What Are the Relapsing Forms of MS?

What Are the Relapsing Forms of MS?

Starting an S1P Receptor Modulator: What To Expect

Before starting a sphingosine-1-phosphate (S1P) receptor modulator for relapsing forms of MS,...

Starting an S1P Receptor Modulator: What To Expect

What Are S1P Receptor Modulators?

Sphingosine-1-phosphate (S1P) receptor modulators are a newer class of disease-modifying...

What Are S1P Receptor Modulators?

Switching disease-modifying therapies (DMTs) is common for people who are treating relapsing...

Watch on Demand: How To Anticipate and Manage Flares With Dr. Boster

Watch on Demand: How To Anticipate and Manage Flares With Dr. Boster

Join MS expert Dr. Aaron Boster and Mary Ray, co-founder of MyMSTeam, on October 7, 2021, for the...
read article >
ABOUT MS TYPES OF MS DIAGNOSIS CAUSES SYMPTOMS TREATMENTS RESOURCES
New to MyMSTeam? Learn More
Quick Links
Q+A Treatments A-Z Resources Are you a provider? Crisis
About Us
What is MyMSTeam? Partner with us Terms of service Press/News Privacy policy Cookie policy
Help With This Site
Getting started FAQ Community guidelines Contact us